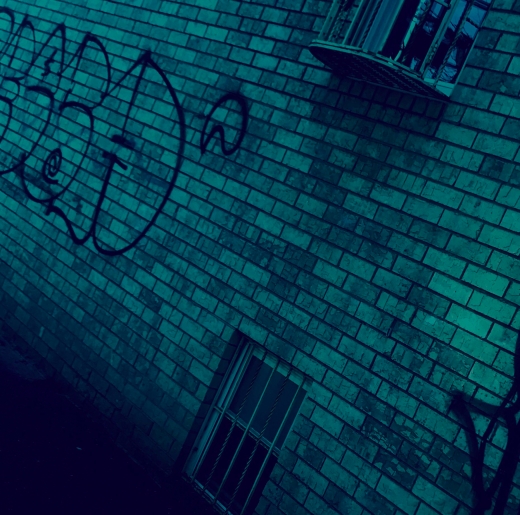 Oi mate, you ever been to a deli? It’s a place with a counter. Maybe there’s some weird rolled chopped animals hanging from the ceiling, they might be caked in white rocks from the ocean. In the deli sometimes there’s a red machine that you pull a ticket from and it has a long number on it and eventually someone will yell out one of the numbers on the ticket and boom it’s time to order your boiled pigs and processed simulated cow’s milk product.

If you look at the digits of a year, 2017 for example, in a certain way, you can see that it’s kind of like that ticket from the deli. You pull one out, you throw it away, you hope you got everything you needed.

I used to think: I better not post every day; I don’t want people to have to read every thought that comes into my head; eventually they will get tired of me and unfollow.

You know what, I don’t know at all what people feel. What I do know is that search engine traffic comes from content content content. You can game the system, and I wish I knew how, but if I increase the amount of content on my blog, I figure someone is bound to look at this shit and give me a million dollars.

In 2017 I have not worried about the fact that I’m obsessed with money. I have given up on the dream of a utopian society, of having Tescos. Every empire falls at some point, all I care about is having enough reading material to ride out the apocalypse, and as long as I have one good book, I’ve got that.

I suspect that the more dreams you give up the more you know which ones actually even matter at all. Sure, you can think too small, but you can certainly think too much, and I have found so far that it is better to think nothing at all than to think big some days and on other days berate yourself for not thinking big.

I’m fighting with my cat to type this, and it’s cute like, “oh he wants to type things, too!” but I also can’t fucking focus for one fucking minute god dammit it’s like I have a kid or something. I play with this mother fucker all the time shit I love him but then I try to pet him just now and he bites me. He wants what he wants all of the damn time and that is it. The only time he’s nice to me is when he’s half asleep. If he was a human that’d be a fucked up and very common relationship.

I’m writing all of the time now writing writing writing I just love writing and maybe if I post enough times all over the damn place maybe I can just keep writing. I’m revising a story a little at a time and letting it take its course. Fuck it, you know? But people love to say that. And it’s pretty meaningless. Fuck what? I don’t know.

I know you’re not writing as much these days because you are a more complete person than you were before, but I miss your writing nevertheless. Don’t feel guilty, I don’t know how that makes you feel, but I wouldn’t want to feel guilty about making you feel guilty.

From: Babe <listenotothebabe@mail.com>
To: Gordon Flanders <gordonflanders@mail.com>
Date: Friday, September 9 at 11:00 AM
Subject: 21 days with no incident

It is ten o’clock where I am, at a cafe, on an island down south, where a Thai cook is watching television, having already prepared my breakfast. It is low season, and in the course of the day, I am the only one he will see. Perhaps I will pass by again in the afternoon, for tea and to read my novel. I am reading John le Carré’s Our Kind of Traitor, which is intriguing though not quite as intoxicating as The Little Drummer Girl, which remains my favourite.

It rains lightly in the morning before the sun punches a hole in the storm clouds in the early afternoon. In the evening, strong rain and winds frustrate the hotel’s efforts to provide al fresco dining. This is a pattern that repeats itself the entire time I am here. I am not bothered. It is perfect weather for someone convalescing. While this is a short jaunt– a mere five nights– it is still the longest I’ve been away from home. Two days I’ve been on the island and the vastness of my horizon makes me almost seasick.

I want to read your brown leather book. It’s barenaked and shows straight through to the bone like a leper dead six hours in a pool with a distracted piranha. Ha. That’s brilliant. I could never write properly by hand, but I like my typewriter. I ran out of ribbon though, and as I don’t know where to get things that nobody buys anymore, I may have to resort to Amazon.

I started this email on the island and now I’m back in Bangkok, and my pores are clogged up with pollution too. I feel my leaves slowly curl up around me. I have never liked living in cities, it has always been something of a necessity. I need to be located near a bookstore. Yet I am contemplating packing my life into boxes, moving into a smaller place in Bangkok, and going on the road again. Living out of a suitcase two months at a time. Why? The world has gone mad, have you noticed?

You must be lost somewhere in Asia by now. Are you intoxicated by the alien life?

I can’t conceive of distances either.